With news that Scandinavian hits like "The Hundred-Year-Old Man" (2013), "Headhunters" (2011) and "Easy Money" (2010) are all being recreated on the American continent, it is time to look at Hollywood’s fondness for Nordic cinema.
Ever since Ingmar Bergman inspired American auteurs like David Lynch, Martin Scorsese and Wes Craven, has Scandinavian film been a subject of notability for American filmmakers. This has never been more relevant, and since the English-speaking population is yet to familiarize themselves with subtitles, even with the growing exposure to foreign films, are English remakes still a very viable market.

But, to remake an already released film; to reinvent something original and authentic, while still expanding and elaborating on it´s already established story - is an unforgiving task. Many good directors, and great casts, has tried and failed. But in some rare instances, they succeed in equalizing, or even surpassing, their predecessors. Today we are looking at some of the best Scandinavian films that has been remade, and see how their American alternative compare. 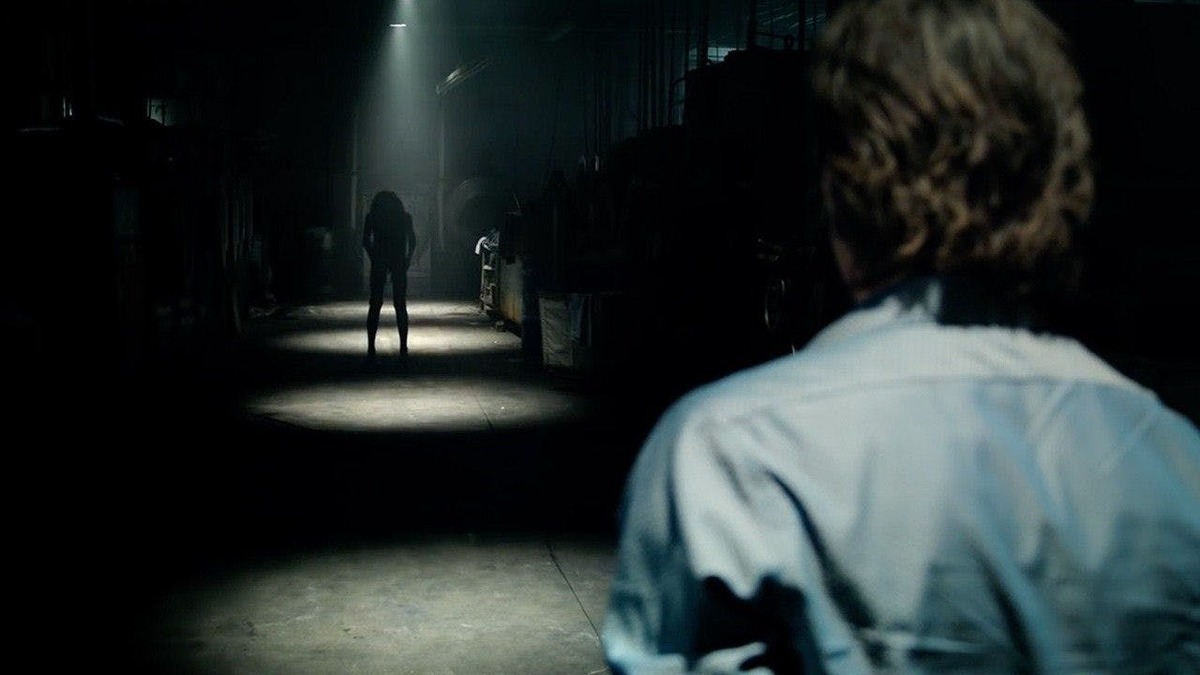 In 2013, David Sandberg released a horror short called "Lights Out", and it went viral. This is an interesting example of a remake, because three years later, Sandberg himself produced a full feature film based on his short - but this time in Hollywood. Also named "Lights Out" (2016), the adaption received good reviews at release, and Sandberg managed to convert 3 minutes into 81 fluently.
The original starred (only) Lotta Losten, did not include any dialogue or talking at all, and displayed a woman home alone, facing a monstrous humanoid, who can only exist or move when the lights are out. This expertly play on our fear of the dark, and the very short short is truly effective in its form. The remake expands on this, finding new ways to play on the relationship between light and dark. It also manages to add themes of domestic problems, child neglect and mental health into the equation.
It will take you 84 minutes to check out 2 movies made by an internationally recognized Swedish director, and you won't regret it. 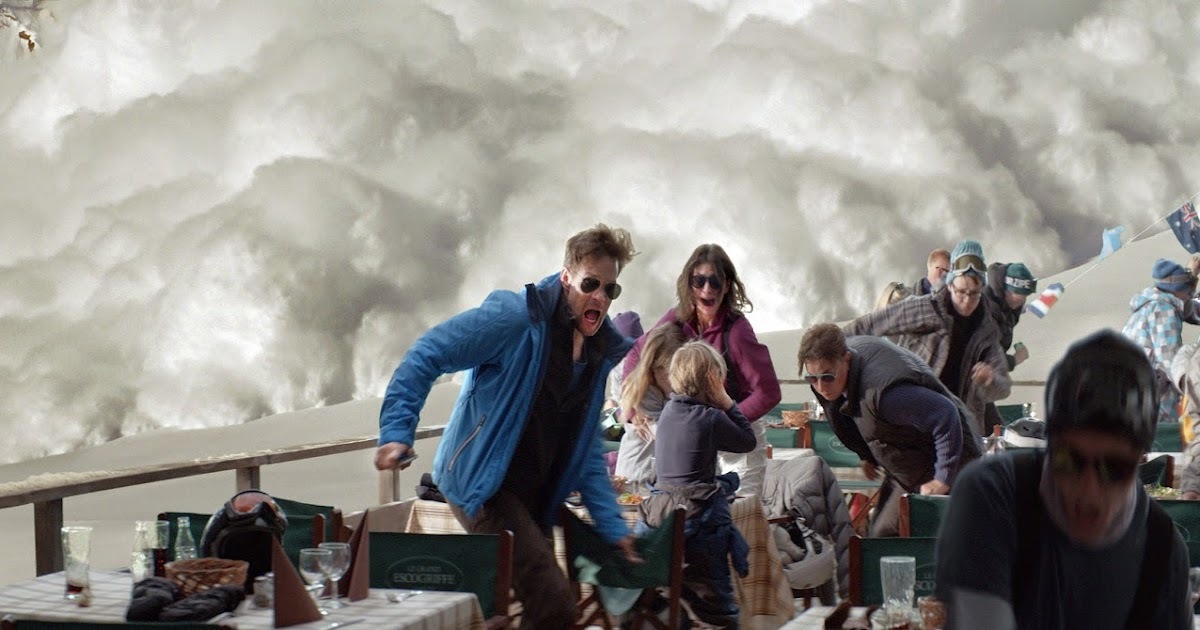 "Force Majeure" (2014) is a witty marital drama written and directed by Ruben Östlund. It depicts a family where repressed emotions disturb their alp-vacation, after the father saves himself and his phone during a possibly lethal avalanche.
Östlund made this movie after researching the correlation between couples surviving disaster, and their subsequent divorce, after some friends of him had a similar experience with a robbery in the Alpes. The film won the Jury Prize at Cannes, was nominated for a Golden Globe and a BAFTA, and holds a position as one of Europe’s best dramas in modern times.
"Downhill" (2020) is a remake of the aforementioned Swedish film, but sadly it doesn´t come close to what the first movie managed to craft. The remake faulters under its tone when it tries to replace its lack of dramatic edge with some all too familiar cheap comedy. I would rather re-watch the original, if I had to choose. 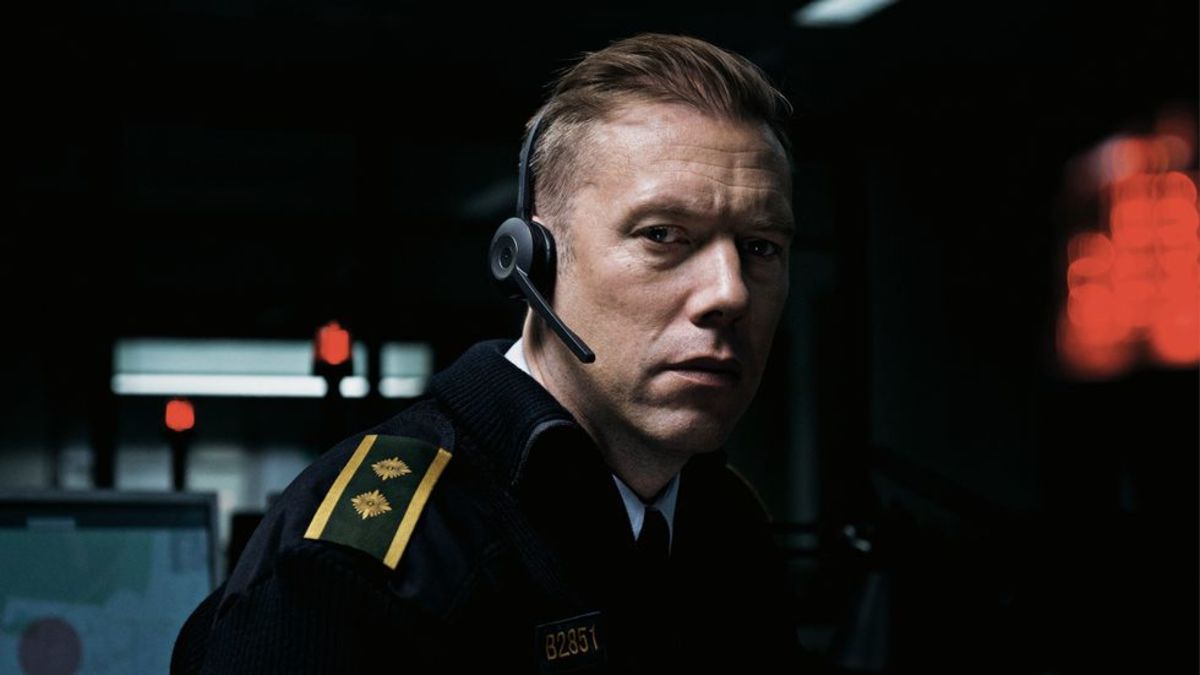 Only guilty at being an audience favorite at Sundance, Gustav Möllers debut is a criminally effective thriller with a lot of flair. In the style of "12 Angry Men" (1957), this fast-paced story has only one location: an emergency dispatch call center. Here it follows a reprimanded cop named Asger (Jakob Cedergren), who while waiting for his hearing, is dealing with the remains of his broken marriage. It all takes place over the span of a single day, while we follow Asger on a desperate quest to save an abducted woman, with long distance communication as his only weapon.
The American remake, starring the very reliable Jake Gyllenhaal, does not reach the same heights as the original. But the tension is ever-present, and the themes of prejudice and police controversiality reach some new form of meaning placed in a contemporary American context of marginalization and police brutality.
Both films are intense thrillers that will have you hooked from the start. Don't shy away from either version. 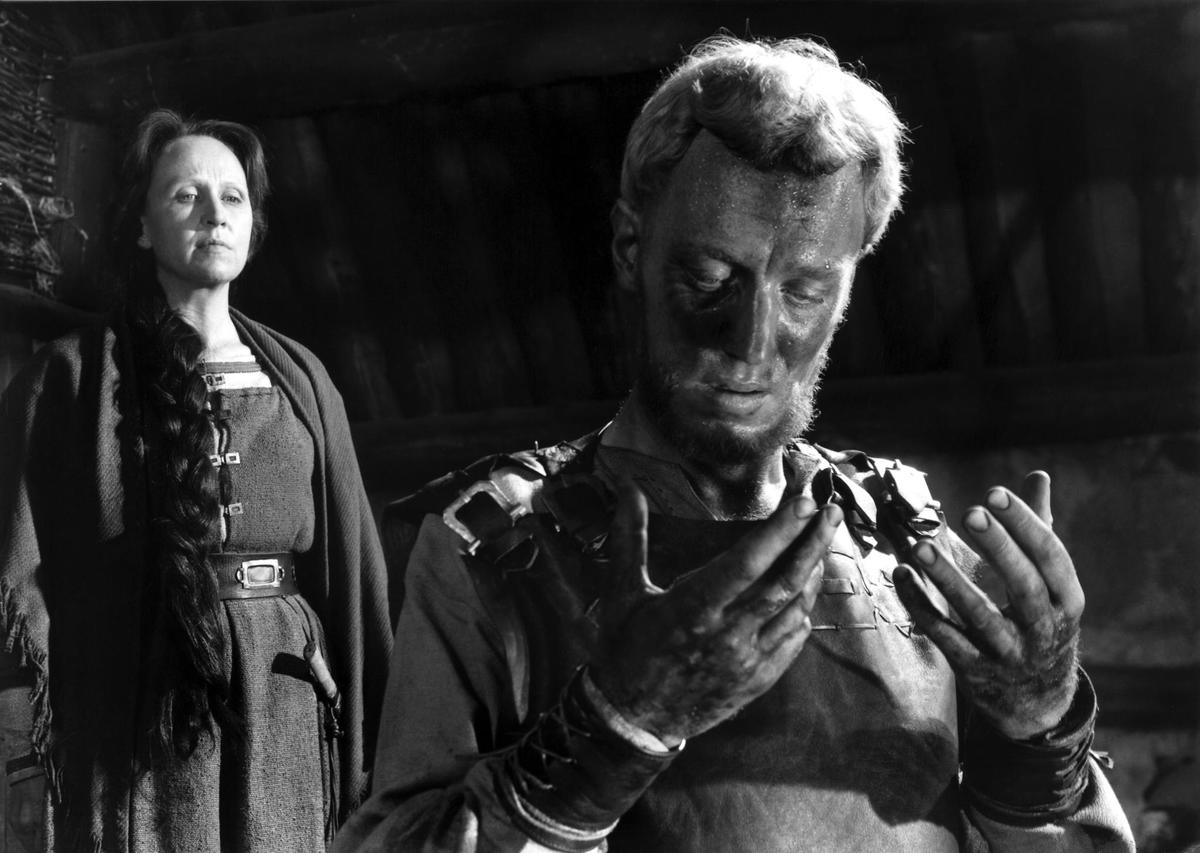 With "The Virgin Spring" in 1960, Ingmar Bergman won an Oscar, a Golden Globe and award at Cannes. It was also the inspiration to Wes Cravens first horror movie "The Last House on the Left" (1972), which again has a 2009 remake under the same name.
It is a rape and revenge film, taking place in the Middle Ages. It follows a father’s ruthless revenge on three herdsmen, who incidentally seeks shelter at his home, after raping and murdering his daughter.
The remake, made 12 years later, is set in modern times, and feels like a genuine Craven movie. The plot is more or less the same, but the tone and execution are very different. Both movies carry a lot of film historical weight, and differ from their contemporaries in how they brutally portray violence as something foul and unsexy.
These are some of Bergman’s and Craven’s best work, and both are perfect for the Halloween season. 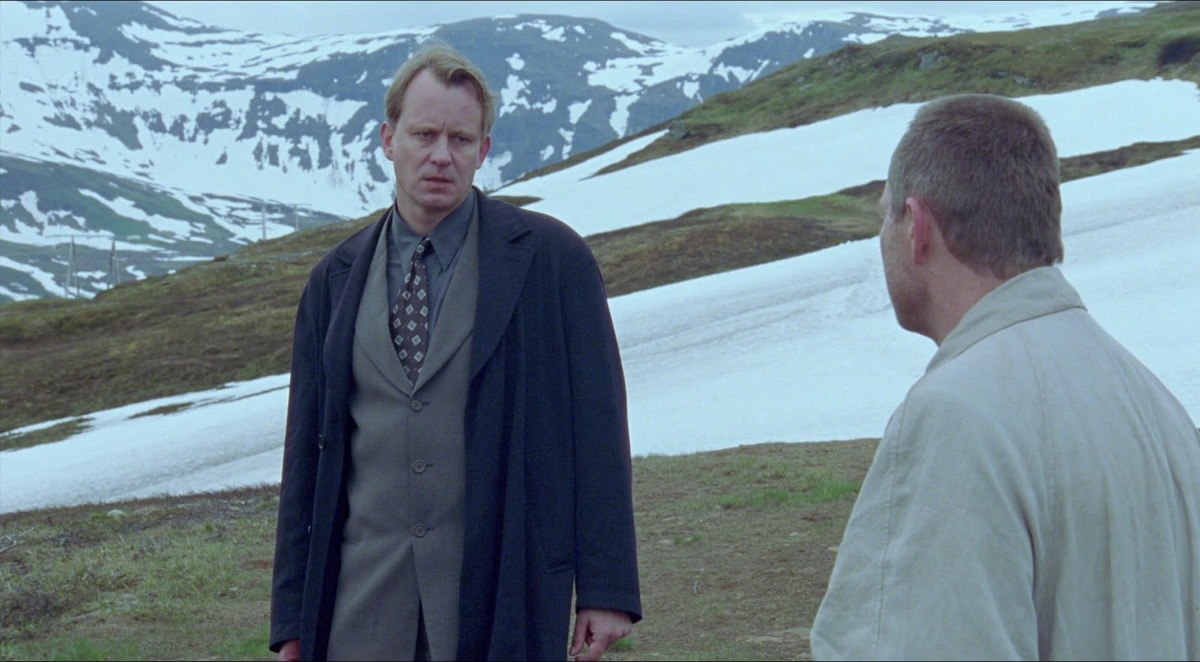 "Insomnia" (1997) is a Norwegian thriller directed by Erik Skjoldbjærg, with Stellan Skarsgård in the role as an exiled chief investigator. It was remade by Christopher Nolan in 2002, starring Al Pacino in Skarsgård’s role. The latter is an example of a great remake, where it reinvents a solid story in rejuvenated vigor. Both protagonists project emotionally different characters, and they equally work for the premise.
Both films have received great reviews; the original was shown at Cannes and was picked for the Criterion Collection, showing for a notable addition to the Scandinavian film landscape; and Nolan’s remake is considered an underdog in his lavish filmography. Still, there is no common consensus on which version is the best, so that will be up to you to decide. 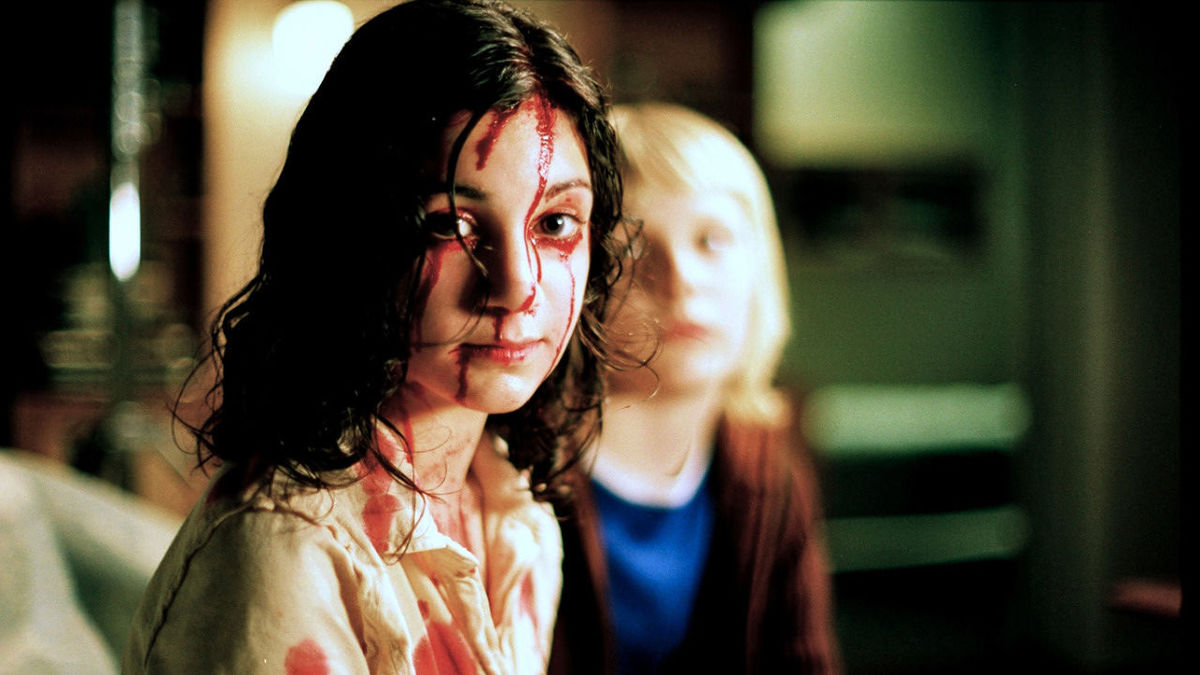 Regarded by many as one of the best vampire films of all time, often compared in style to the great "Nosferatu" (1922), this gothic horror has for many years provided some sort of reality to a commercialized subgenre. This film takes the bloodless batmen dead serious, while most of all being a compelling, contemporary story about two lonely souls facing the all too familiar struggles of adolescence.
The remake, baptized "Let Me In" (2010) by director Matt Reeves, stands as a respectful homage to the Swedish director of the first film: John Aivide Lindqvist. Though very similar, especially in tone, the remake does add some notable aspects, for example the further exploration of sexuality. This makes for an interesting debate over which film is the superior one. 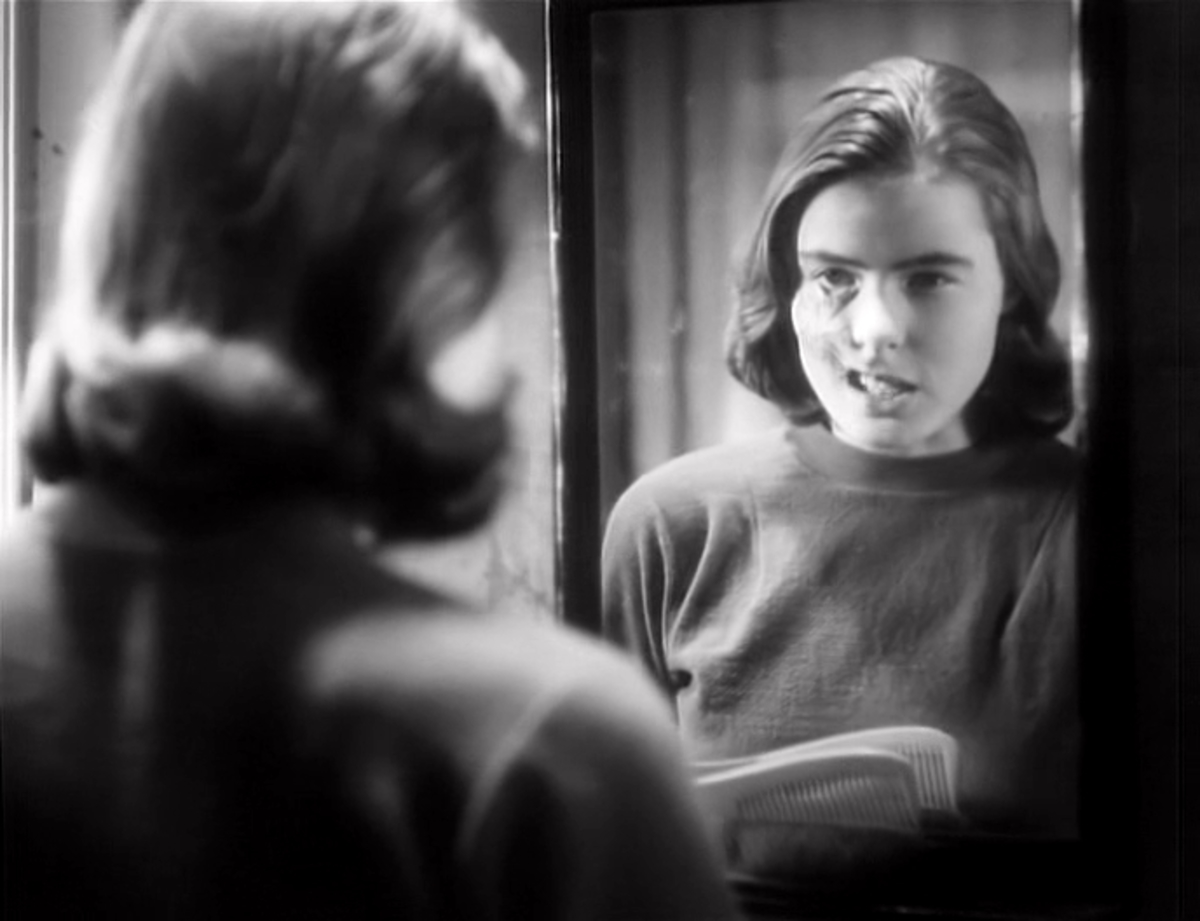 "A Woman’s Face" (1938) stars Ingrid Bergman as Anna, a merciless criminal with a disfigured face. She works for a blackmailing gang, and is sent to governess a Consul´s grandson, with the intention of murdering him. But after finding sympathy from a plastic surgeon who helps her, and after experiencing love for the first time, she is turned from her criminal ways.
A remake was made in 1941 with Joan Crawford in the lead, and with a very different structure. This time the story is told retrospectively through witness testimonials in a trial against Anna.
Even though the original received good reviews and a special recommendation at Venice film festival, is the American version regarded as the superior one. Not bad for a remake to be honest.

There can’t be a list like this without the inclusion of the danish family-drama queen: Susanne Bier. She made three movies together with writer Anders Thomas Jensen, where two (!) of them was remade in the US: "Brothers" (2004) and "After the Wedding" (2006). Both were well received; "Brothers" had arguably the best remake, while Bier’s "After the Wedding" got an Oscar nomination.
"After the Wedding" is a drama with numerous twists and intrigues being introduced as it progresses, having characters with hidden histories and ulterior motives.
The remake has great performances by Michelle Williams and Julianne Moore, and is most famous for its gender swap. Even though it does for an interesting new take, the verdict is still out on whether or not the remake is worth watching too. 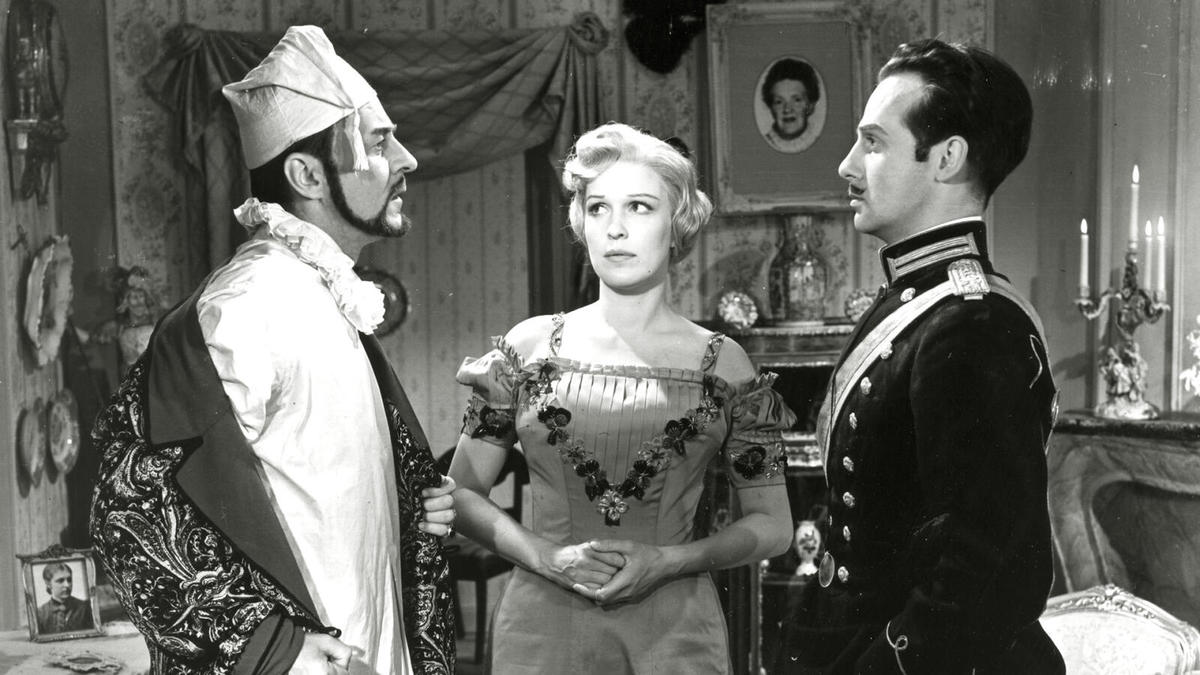 Ingmar Bergman, maybe the most influential Nordic director of all time, has two films on this list – as he should. "Smiles of a Summer Night" (1955) is a deviation for him, being a comedy. Bergman was never afraid of writing about his own weaknesses, and this film is no different, being introspectively about adultery. It was a huge critical and financial success and is seen as a commercial breakthrough for Bergman.
In 1972 it was made into a successful Broadway musical, and in 1977 a less successful reimagination was made, starring Elizabeth Taylor and Diana Rigg. Lastly, in 1982, Woody Allen directed and starred in "A Midsummer Night's Sex Comedy", which is loosely based on Bergman’s original. The film, depicting male jealousy and inherent privilege, ends up being a “just ok” homage to what Bergman tried to do in 1955. 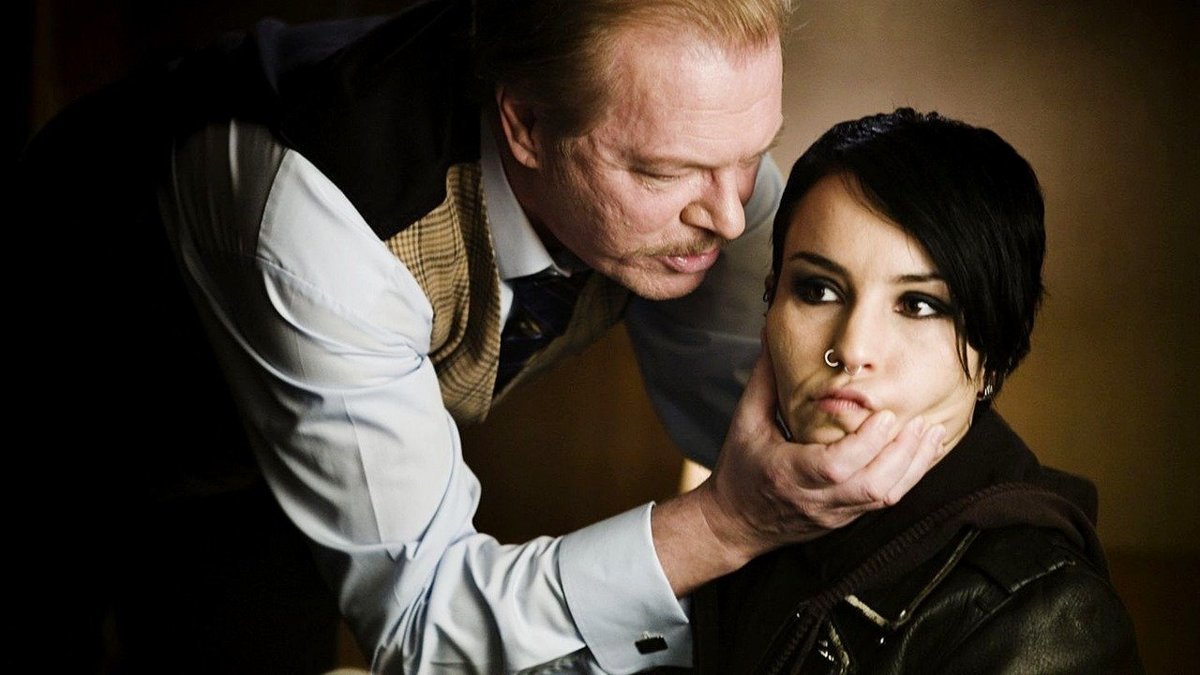 Lastly, we have the remake of a whole trilogy: the film adaptations of Stieg Larssons Millenium novels. "The Girl with the Dragon Tattoo" (which is the English title they chose, when they c(sh)ould have used the Swedish title: "Men Who Hate Women") is a merciless feminist story, with a gripping heroine protagonist played by Naomi Rapace.
This character-driven thriller is a classic “who's done it” - crime story, resemblant to the novels of Agatha Christie. Naomis character, Lisbeth Salander, joins detective Mikael (Michael Nyqvist), trying to solve the disappearance of a young girl. Isolated on an inaccessible island, the perpetrator must be someone in the respective family.
The American remake of the first film is directed by David Fincher and is by many regarded as equal to the Swedish original. The Swedish version does feel more naked and emotional, depicting the characters more tense and out-of-place. It’s hard to watch, but impossible to look away; I would put my faith in the late great reviewer Roger Ebert when he slightly recommends the original to the remake.
It is evident from this, even to a Norwegian like me, that Sweden has done a lot for Scandinavian film. Has there ever been an instance where you have preferred the remake to the original, and what original is your favorite?
Teodor Brekke

The story behind "The Unlikely Murderer"