”A Pear as a Dad!” ”Bang! Bang! You are Dead!” ”Police Gives Waitress a Two Million Tip." I challenge you, non-Swedes, to guess which films these titles refer to.
Sweden, the home of nifty sayings like ”One should not holler 'hi' before one has hopped across the stream,” ”If there is room for the heart, there is room for the butt,” and ”A little shit cleans the stomach” is also the home of some pretty creative movie title translations.
While the sayings make sense to native Swedes (don’t celebrate before the victory; i.e before you’ve safely made it to the other side, there is always room for those you love; i.e a place to sit, and your tummy can handle a few germs or some dirt, although that last saying may not be exactly true today...) replacement movie titles don’t.
”A Pear as a Dad!,” anyone? Or ”Bang! Bang! You are Dead!?” How about ”Police Gives Waitress Two Million in Tip?”

Sweden is one of the few European countries which doesn’t dub film. Swedes enjoy movies in the language they were made with the help of subtitles. Swedes also have a long-standing reputation of people with excellent English language skills, many mastering one or two additional languages.
Despite this, Sweden not only translates film titles to Swedish but also ”improve” the titles to better suit the Swedish audience. It’s not clear if this is something that appeals to the audience as much as the brains behind it may think - at least one of the titles listed below quickly got it’s original title back - but it has resulted in many good films forever stuck with whacky titles.

I challenge you, non-Swedes, to try to guess which films these titles refer to: 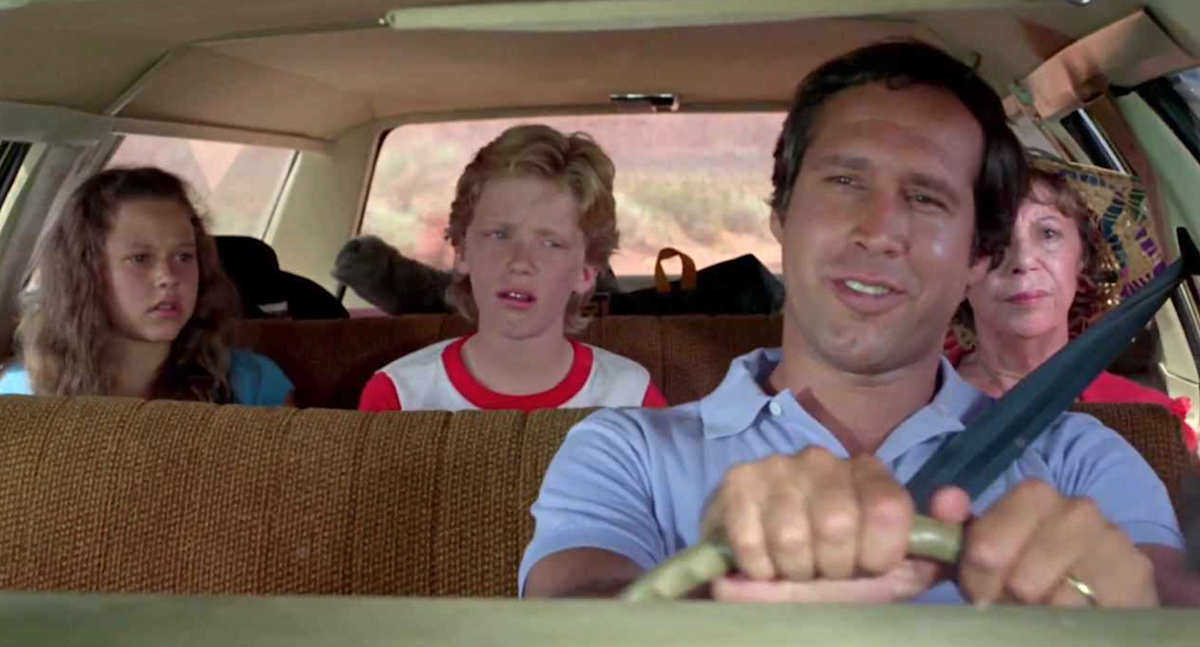 In 1983 the wildly popular road movie ”Vacation” opened, starring the then undisputed king of comedy, Chevy Chase. The story circles around the mishaps of a family on vacation, just as the title undramatically states. In Sweden, however, it was renamed to ”Ett päron till farsa!”, which can literally be translated to ”A Pear as a Dad!” Makes sense? 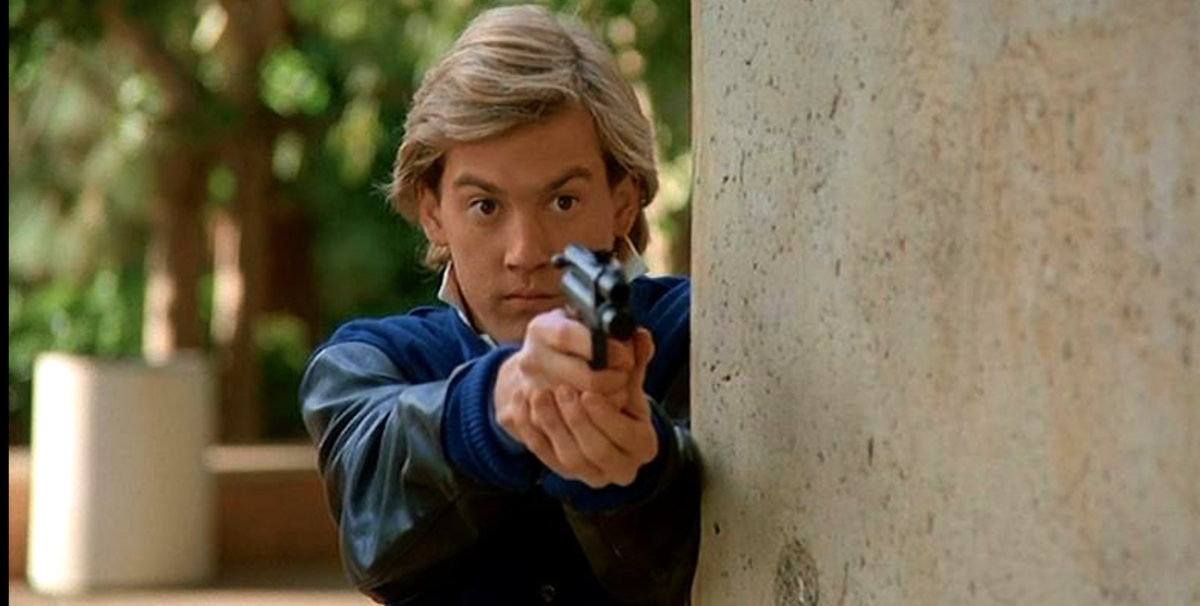 ”Gotcha!,” the action thriller comedy from 1985 starring Anthony Edwards and Linda Fiorentino, met its Swedish audience as ”Pang! Pang! Du är död!” Edwards' character plays Gotcha with fellow college students, using paintball guns. Later the game gets real and he has to fight for his life. ”Gotcha!” may not have gotten the best reviews, but the Swedish title certainly didn’t help...

”How I Taught an FBI-Agent to Dance Merengue” 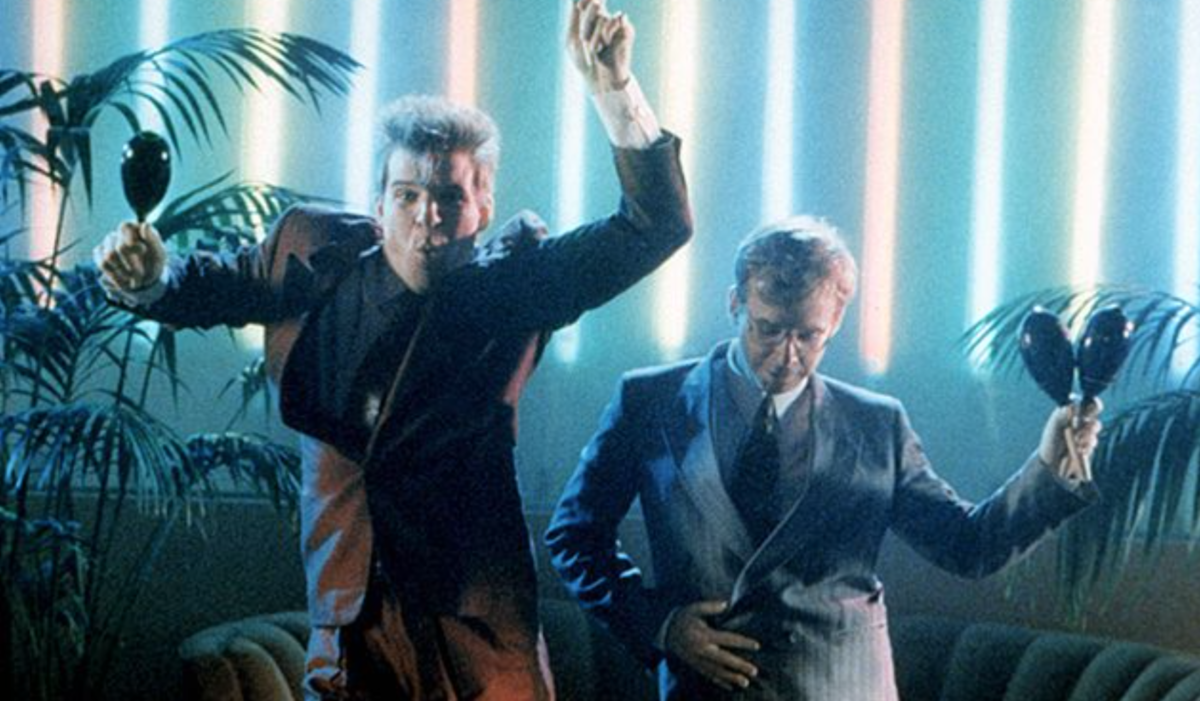 The next decade brought the craft of Swedish title making to new heights. The comedy ”My Blue Heaven” from 1990 features the popular duo Steve Martin and Rick Moranis as a mobster under the witness protection program and the FBI-agent looking after him. When it opened in Sweden the following year, it had been renamed ”Hur jag lärde en FBI-agent att dansa marengo,” translating as ”How I Taught an FBI-Agent to Dance Merengue.” Anyone looking for an instructional dance video will be disappointed - the title simply refers to a party scene in the film.

”Springtime for the Slum” 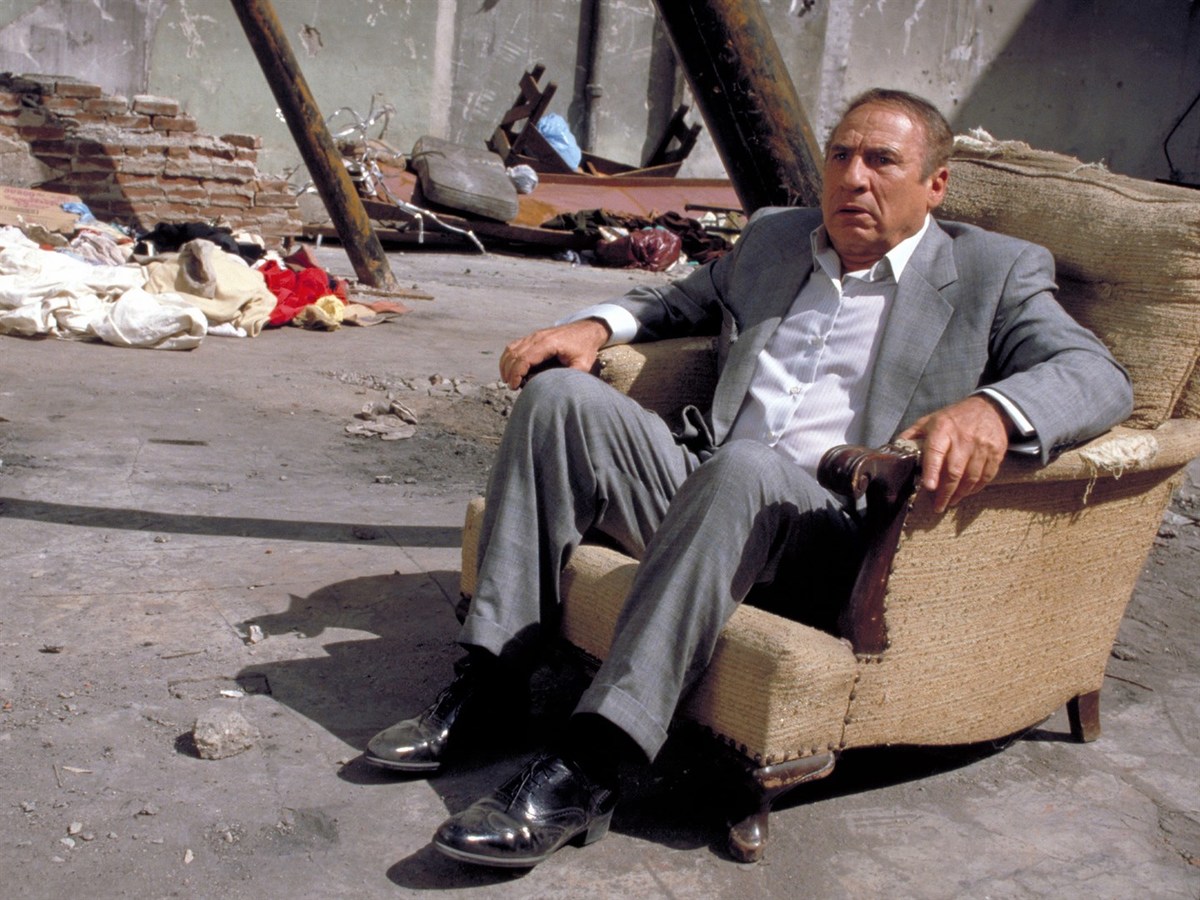 The renaming of Mel Brooks’ 1991 comedy ”Life Stinks” actually followed a very specific marketing success formula dating back to the ”The Producers.” The 1968 comedy smash hit didn’t do well in Sweden until re-released as ”Det våras för Hitler,” which is the title of the play in the film. "Springtime for Hitler" became such a thunderous success that all of Brooks’ subsequent films were renamed "Springtime for ..." for decades until Brooks got whiff of this and demanded Swedes to stick to his original titles. Which they did, for a while… ”Dracula – Dead and Loving It” was accurately translated to ”Dracula – död men lycklig” upon its 1996 release in Sweden, but later the title ”Det våras för Dracula”, i.e ”Springtime for Dracula,” sneakily turned up on the DVD cover.

”The Key to Freedom” 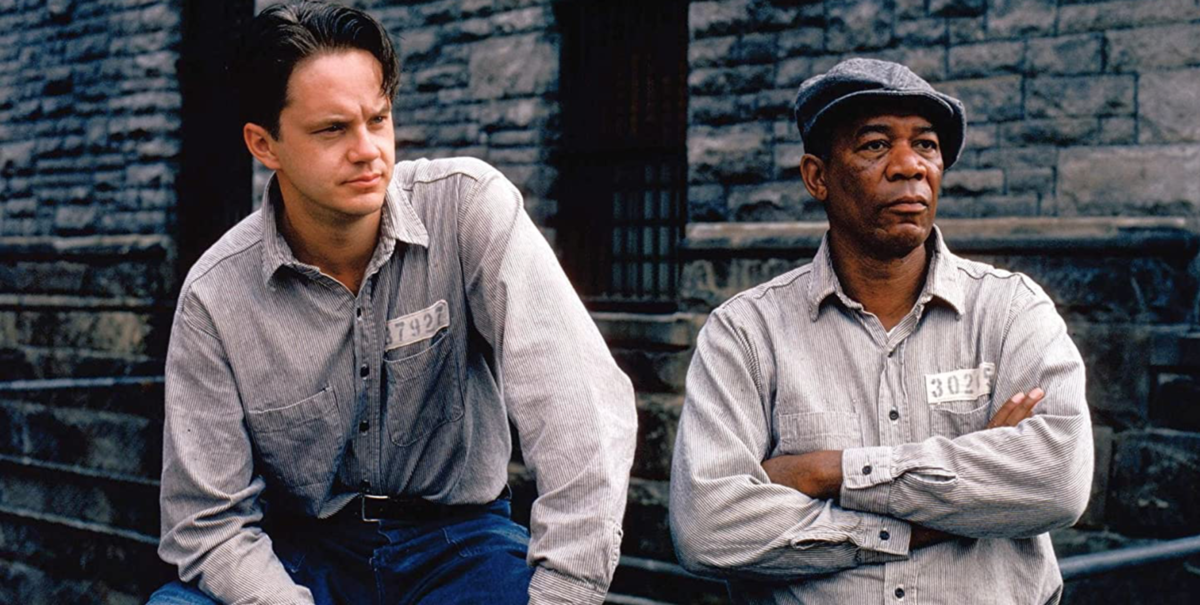 1994 brought us the multiple awarded masterpiece ”The Shawshank Redemption” starring Tim Robbins and Morgan Freeman. The word redemption, hinting at the religious analogies many have found in the movie, was removed from the Swedish title, and the film was released in 1995 as ”Nyckeln till frihet.” ”The Key to Freedom” as it translates, might be a clever yet poetic title well-suited for one of the best dramas of the decade. However, it eliminates the mysticism in favor of explaining the plot; man in prison, wants out, has to find a way; i.e the key. 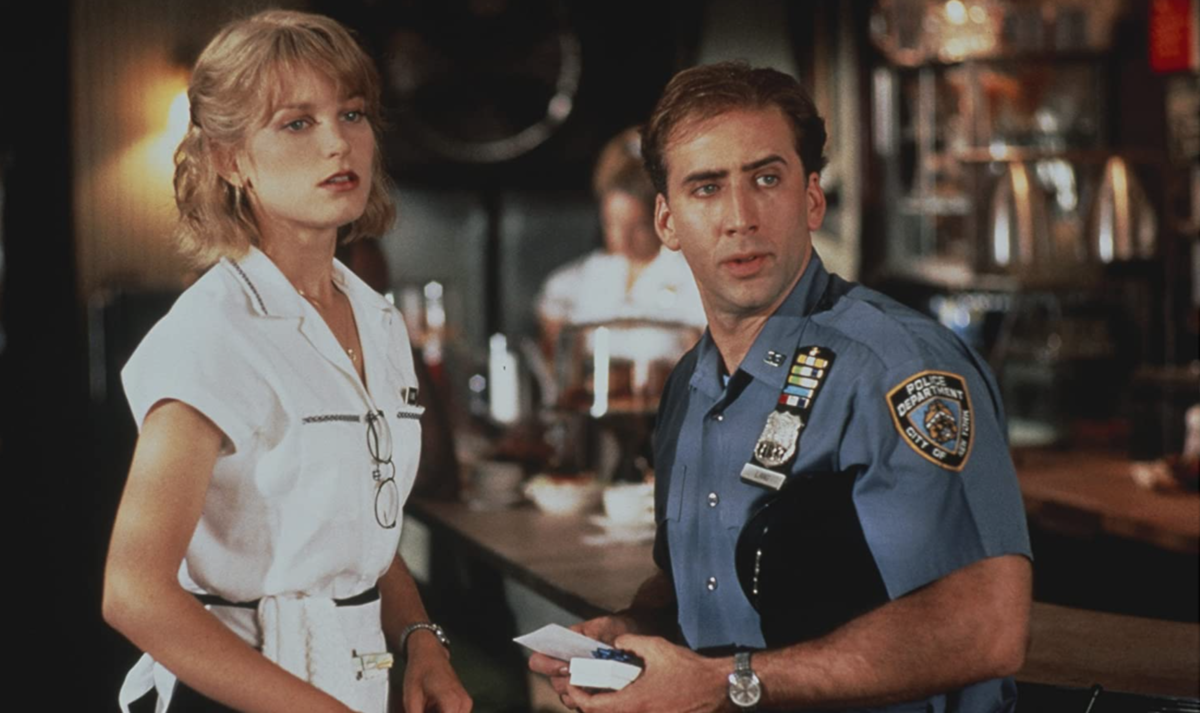 Nope, not a newspaper headline but the Swedish title of "It Could Happen to You." The light rom-com starring Nicolas Cage and Bridget Fonda was another 1994 film released in Sweden a year later. Whoever was in charge of titles then clearly favored explanatory headers. While the original title spikes curiosity, the Swedish "Polis ger servitris två miljoner i dricks" is a mini summary of the plot. In fact, ”Police Gives Waitress Two Million in Tip” explains the story so well that it eliminates the need to see the film at all. The ardent title maker appears to have realized this and changed it back to "Det kan hända dig," which is an accurate translation of the original title. 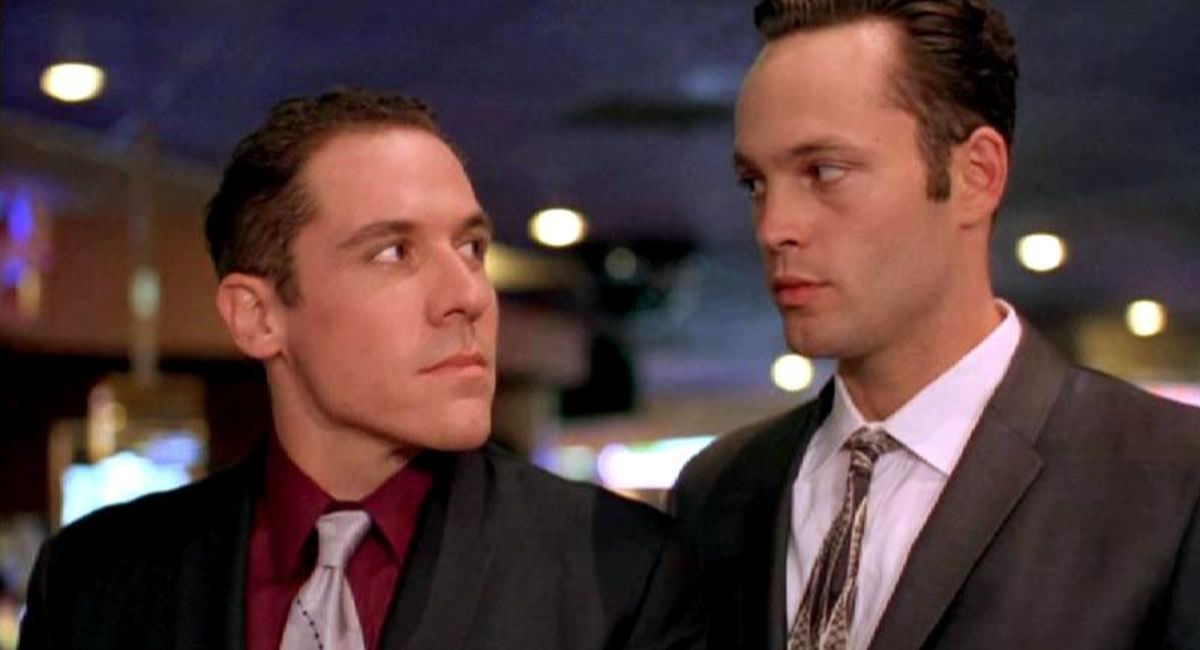 The 1996 critical and commercial hit ”Swingers” following the lives of out-of-work actors in Hollywood during the swing revival, helped propel Jon Favreau, Vince Vaughn, Heather Graham, and Ron Livingston to stardom. Favreau’s character is still unhappily in love with his ex-girlfriend, so the others try to get him to meet other girls. This prompted the Swedish title maker to pen ”Du, var är brudarna?,” i.e ”Yo, Where are the Babes?” when released the following year.

”You are Getting on my Nerves… - Analyze Even More!” 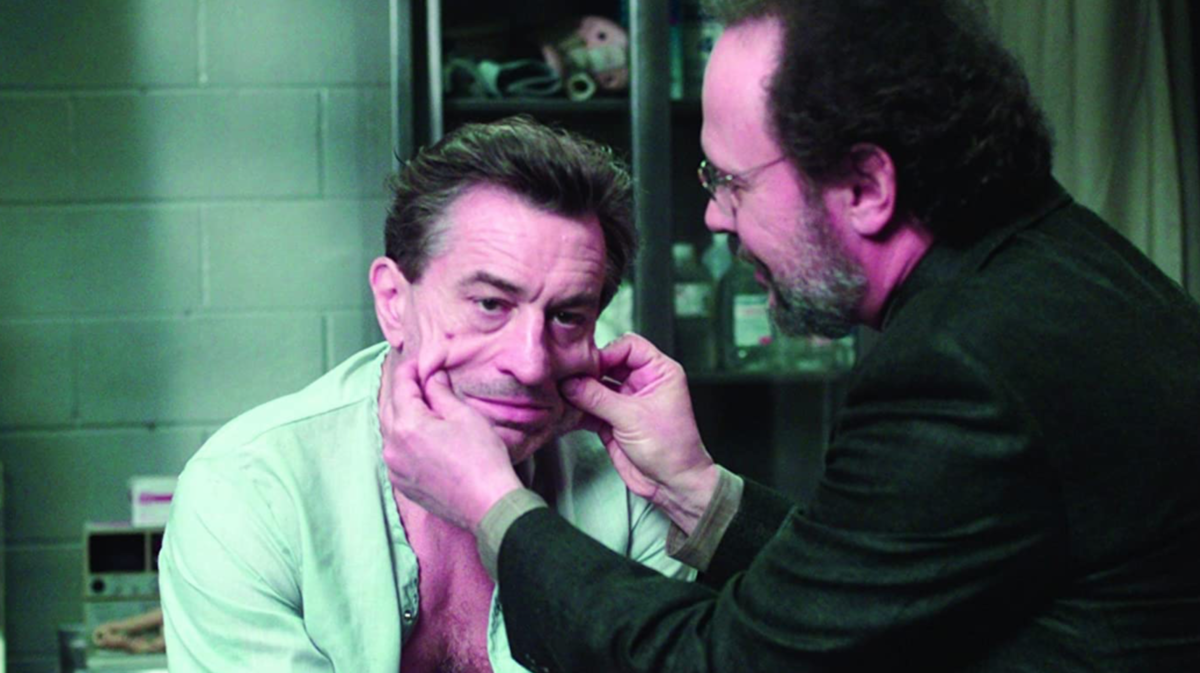 This longwinded and un-snappy title, "Du går mig på nerverna... - Analysera ännu mera!," replaced the original ”Analyze That” title when the ”Analyze This” sequel was released in Sweden in 2003. The storyline of the comedy starring Robert De Niro does indeed include someone getting on someone else's nerves and needing, even more, analysis but why the need to cram all that information into the title…? ”Analyze That” is short and catchy and promises a lot of fun while the un-funny, overly explanatory Swedish title sound like it’s coming out of a psychiatrist’s handbook.

”The Journal – I was Looking for You and Found My Heart” 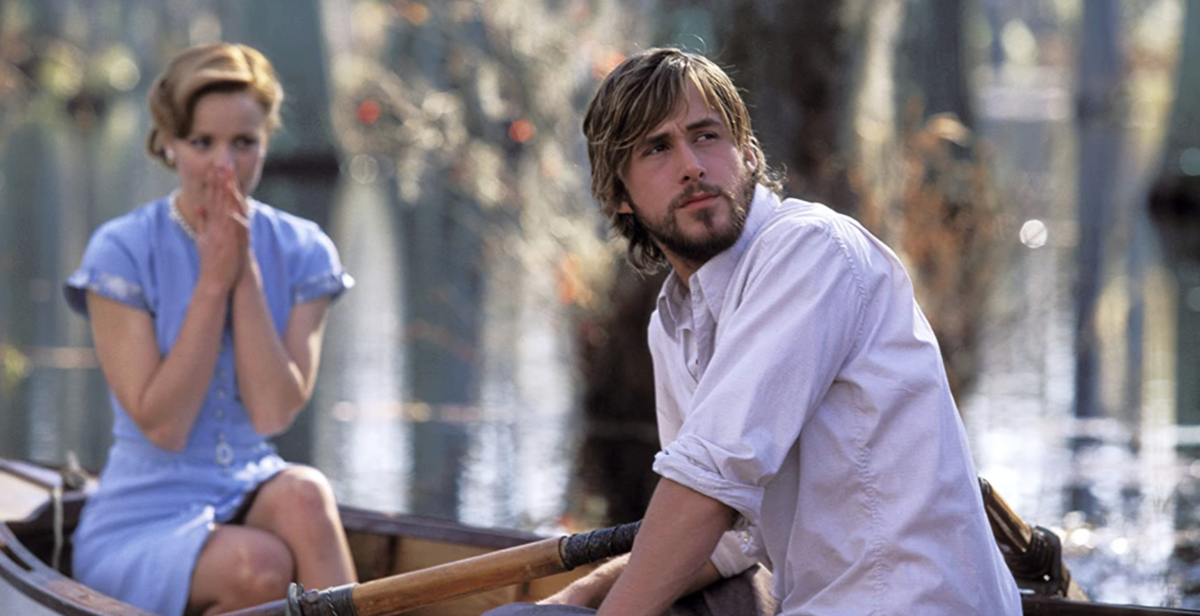 Another long-winded translation headlined Swedish movie theatres when the critically acclaimed drama ”The Notebook” from 2004 was launched as ”Dagboken – Jag sökte dig och fann mitt hjärta.” Beginning in the 1940s, a local country boy played by Ryan Gosling is smitten with a young heiress played by Rachel McAdams, but being from different social classes prevent romance. However, love conquers all, which the new title ”The Journal – I was Looking for you and Found my Heart” assures.

”Sooner or Later I will Explode” 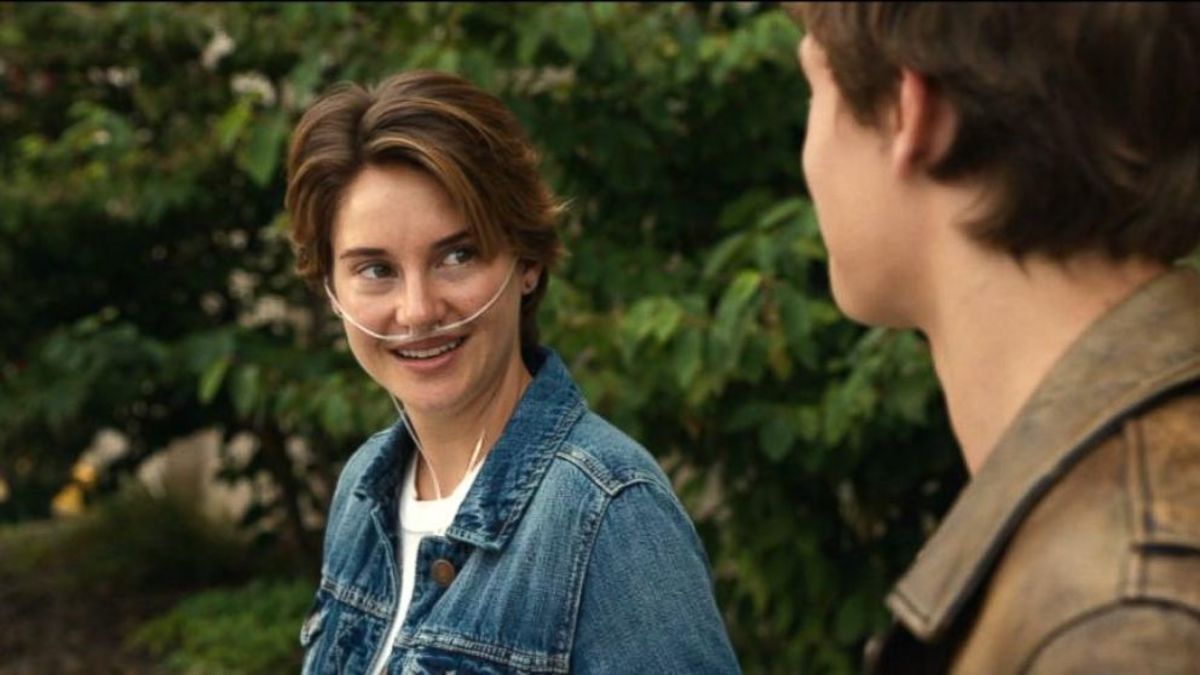 Think the whacky title making is a trend of the past? As recently as 2014 the critically acclaimed drama "The Fault in our Stars" opened in Sweden as "Förr eller senare exploderar jag." The ill-fitting title could somewhat be blamed on the Swedish book translator, since ”Sooner or Later I will Explode” was the Swedish title of John Green’s bestseller which the film is based on. Green’s title is said to be inspired by a line in the Shakespeare play ”Julius Caesar,” when Cassius says ”The fault, dear Brutus, is not in our stars, But in ourselves, that we are underlings”. Alas, the original title poetically captures existential questions about destiny and free will, well suited for a cancer drama. The Swedish title? Not so much. It sounds like someone is just angry. 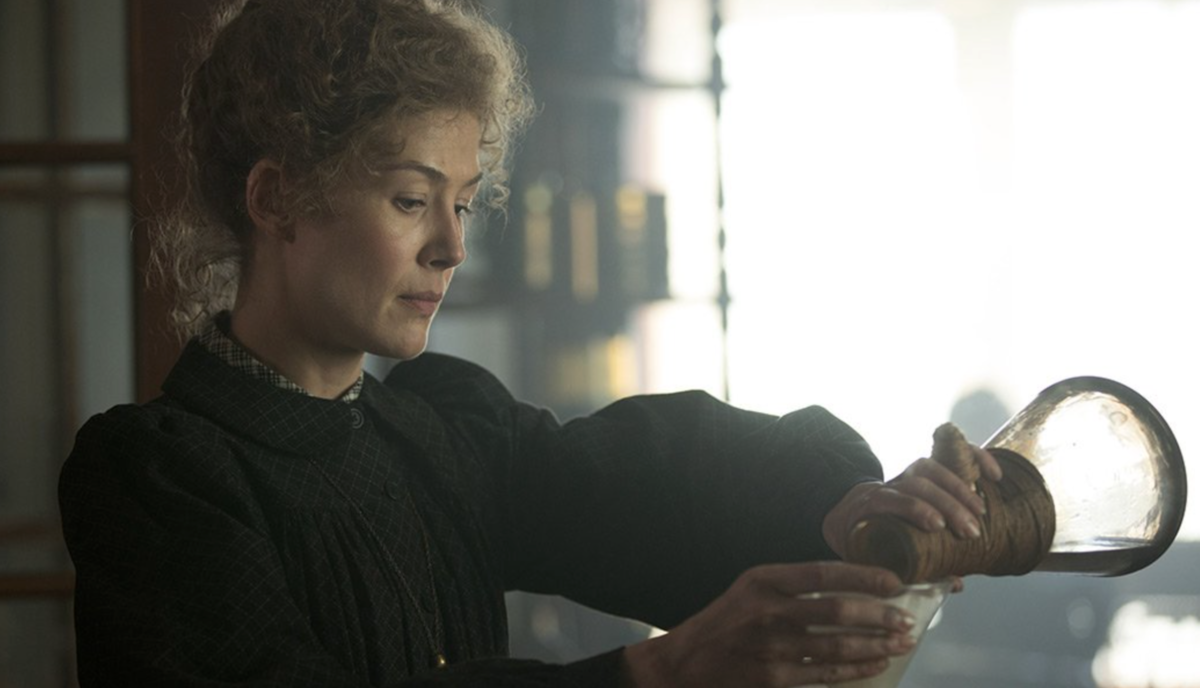 The golden age of replacing perfectly fine movie titles with long-winded, explanatory, or just strange substitutions may be over, but the original titles of today’s films are far from safe. The drama ”Radioactive” from 2019 starring Rosamund Pike as the real-life science wiz Marie Curie is set to open in Sweden this summer as ”Marie Curie: Pionjär. Geni. Rebell.” Most of us remember her name from school, along with her pioneering, Nobel Prize-awarded research on radioactivity, which would ultimately lead to her premature death. For those of us who don’t – the title ”Marie Curie: Pioneer. Genious. Rebel.” sums it all up.
Why such drastic changes? Swedes simply don’t like to buy ”the pig in the sack,” (i.e. not see what you buy before the purchase,) which at least sheds some light on the mystery of the essay-length, plot-summarizing titles. As for the shorter, whackier, and sometimes downright misleading titles….? ”Only Sweden has Swedish gooseberries,” let’s leave it at that.

"Quicksand" on Netflix: Everything you need to know